Wallingford Rugby Club has seen many distinguished servants over the years, and we would like to acknowledge the committment and loyalty of these 'legends' of the Cullis by inducting them into the presitgious 100 and 200 Clubs. 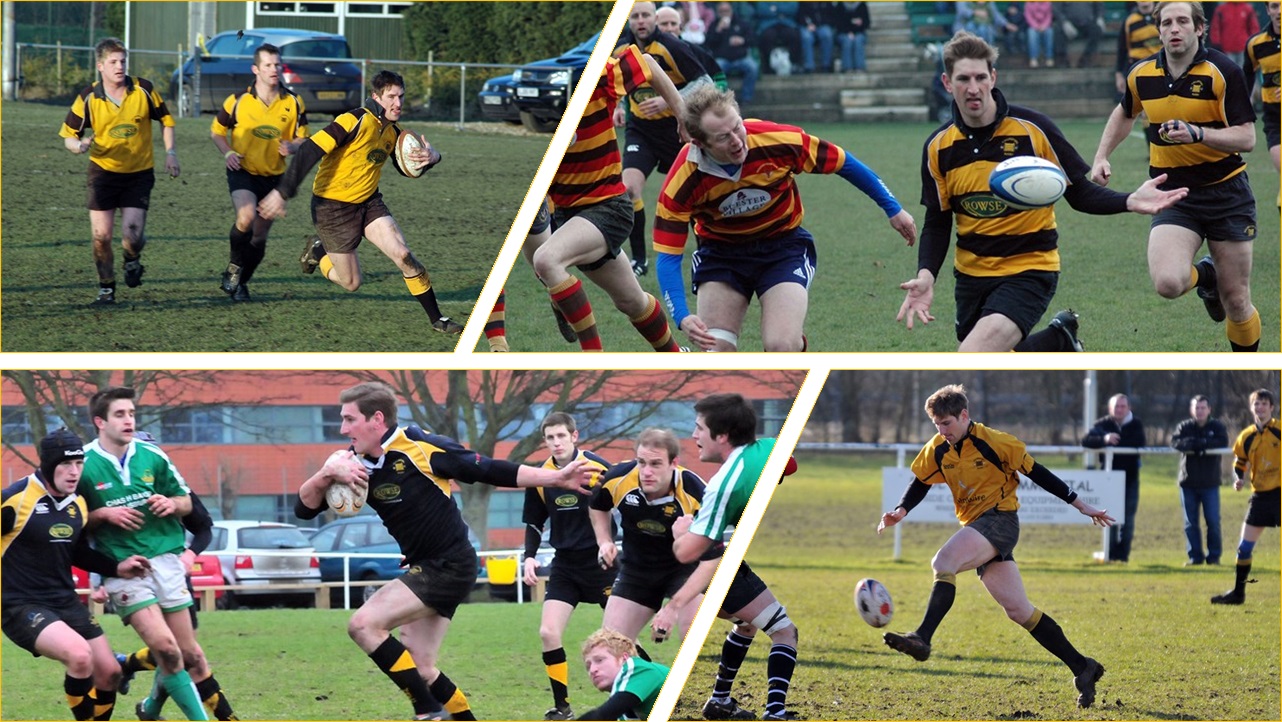 Tries: 99 (probably some more in his early days that we can't trace and Henry has forgotten)

Henry Venners will go down as one of the best players to ever grace the Hithercroft turf, and his career statistics back up the case for him being a true legend of the Cullis.

Playing all across the backline, but primarily played at full back, from a young age Henry was scything through oppostion defences with his silky running and scoring tries for fun. Henry played all of his adult rugby at Wallingford despite clearly having the ability to to play several levels above, and he maintained his high standards of play well into his thirties, and probably could have played several more seasons of 1st XV rugby had growing work and family committments not forced his hand.

On the pitch, Henry was a maverick, often eyeing up drop goals from deep or looking for NFL-style quick line-outs, but off the pitch Henry is the epitome of a gentle man, friendly and polite to all, not to mention an excellent navigator in the days before satnav! Tries: 63 (again probably some more in his early days that we can't trace or Johnny didn't even realised he had scored)

Along with Henry Venners, Olli Henderson and Derek Viljoen, Johnny made up the spine of a highly talented backline for over a decade. Another player that could have easily played at a higher level, Johnny plied his trade at the 'Croft for over 15 years, mostly in the centres.

A strong man with deceptive pace, reliable distribution and flawless defence, Johnny was one of the main reasons Wallingford enjoyed success in the mid and late 2000s, as he rarely put a foot wrong.

Off the pitch, Johnny has two expressions - happy or confused. A genuinely lovely and straight-forward person who always raises the mood in the room. Derek Viljoen is arguably the best scrum half in the history of Wallingford Rugby Club, and along with the other 200 club members, was a key component of Chris Norrington's successful side of the 2000s.

He formed excellent half back partnerships with the likes of Olli Henderson, Henry Pooler and Pete Strang, with his sniping breaks a regular feature of Wallingford victories as they climbed the leagues, reflected in an impressive 56 tries over his Wallingford career.

But the aspect of his game that statistics can't reflect but teammates will most likely recall is his defensive game - countless times Derek saved Wallingford with his fearless cover tackles, often at full stretch.

Off the pitch, Derek is a lovely South African - a collectors item! In many ways Pete Holton is the embodiment of Wallingford Rugby Club - a determined competitor who always puts his body on the line, but always plays the game in the right spirit - with a smile on his face.

But take nothing away from Pete's playing ability - a versatile player who played the first part of his career in the back-row before switching to the centres, his energy and power on the pitch meant that he was one of the first players oppositions looked out for when turning up for games.

Whilst his hairline deserted him long ago, the standard of Pete's rugby has not, and he is still a talimanic figure in the side, well into his thirties.

Approaching 300 games for the 1st XV, Pete has been an exemplary servant of the club, and hopefully we'll get a few more seasons out of him yet. 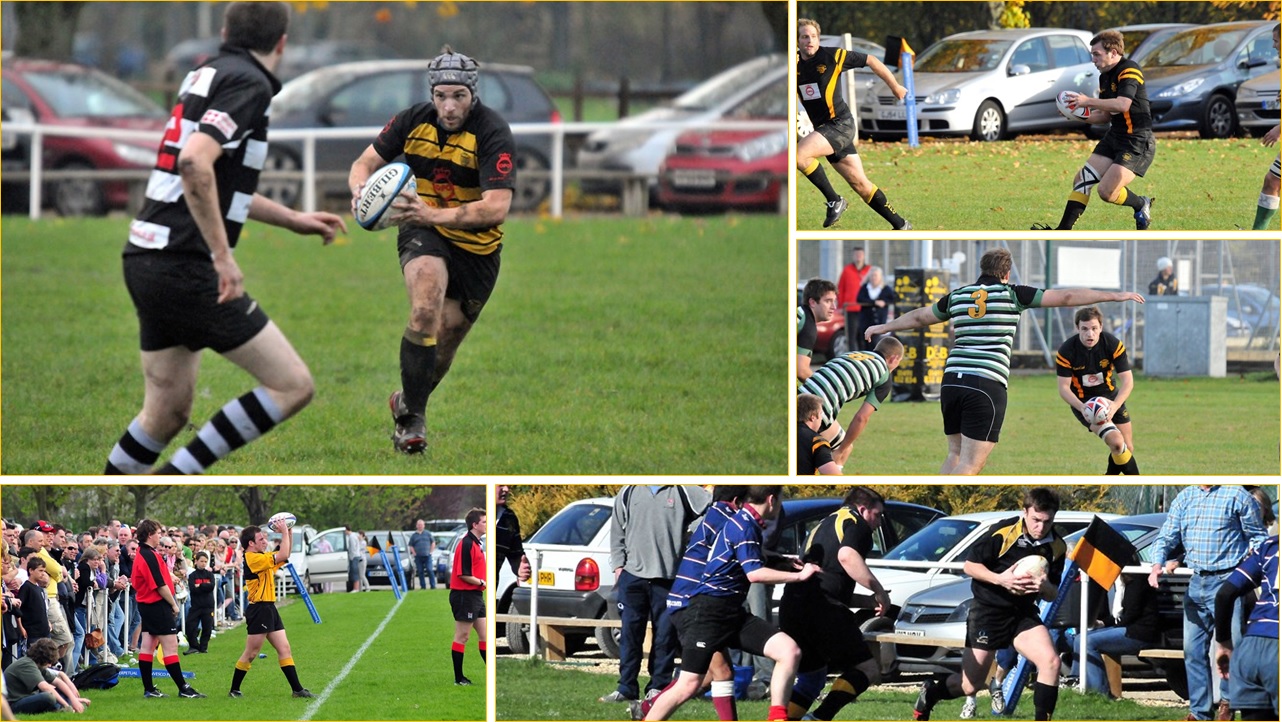 Of all the current members of 200 Club, Tom Hill is arguably the unsung hero of the last 20 years at Wallingford Rugby Club. A late convert to rugby from soccer, Tom was part of a talented year at Wallingford School that included Ian Jeffreys, Richard Turner, Pete Strang and Chris Jenkins, that helped Wallingford climb the leagues in the 2000s.

Tom is the epitome of a team player - he had the speed and skill to play in the back row or even the backs, but when asked to play at hooker, he happily did so despite his game and personality possibly not best suited to the dark arts of the front row.

Tom was very much a modern hooker - as mobile as any back-row, dynamic in attack and a great overall link player, he complimented a powerful Wallingford pack perfectly.

These days Tom is enjoying his days in the 2nd XV, but is still happy to help out the 1st XV when needed, very much a reflection of the man.

And on top of all that, Tom is probably the nicest bloke at the Club, anoyingly so at times. 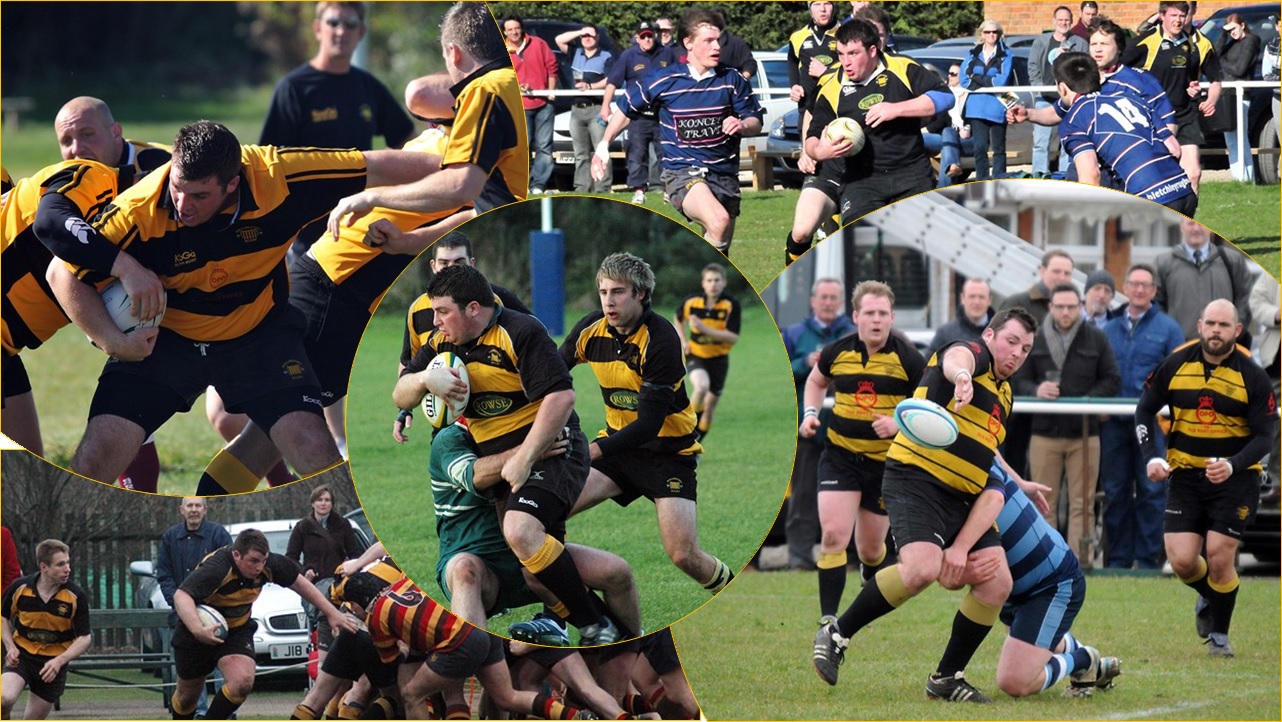 Tries: 34 (probably a few more in the early seasons we can't trace)

Kris Blaszko, more commonly known as Bungle, has been the beating heart of Wallingford Rugby Club for well over a decade, initially on the pitch, and now off the pitch.

As a player, it was often said that Bungle was a back in a props body - no other prop came close to the skills and coordination that Bungle exhibited during his playing career. Whether it be one handed offloads, cheeky kicks in behind the defence or even goal kicking, Bungle's talents knew no ends, as he always entertained on the pitch.

But he matched the flair with brutal power, loving nothing more than a big hit in defence or a marauding charge in attack. Wallingford were spoilt to have a player of the class of Bungle, again another player who could have easily played several levels up, and if he had ever had the desire to play at the highest level, he probably would have.

Bungle was also an inspirational captain for two seasons, as he led the 1st XV to promotion into South West 2 for the first time in the club's history and to a strong first season at level six.

Nowadays Bungle limits himself to the odd game for the 2nd XV, focusing his time on family and getting things done behind the scenes at the club.

Bungle is not just a 1st XV legend, he is very much a Wallingford Rugby Club legend. If you had to choose one player as being the most influential at Wallingford Rugby Club over the last 20 years, you would probably have to choose Ian Jeffreys.

On the pitch, Ian has easily been one of the most committed and consistent players over the last 15 years, pretty much never having a bad game. A combination of deceptive acceleration, quick feet and the ability to keep driving forward when seemingly stopped by defences have made him one of, if not the best Number 8s in the leagues over the last 15 seasons.

In the middle of his Wallingford career, Ian switched to Redingensians for three seasons to test himself at level 4 rugby, which no one at Wallingford could begrudge, but he was a man of his word and returned to Wallingford after three seasons, as he rejoined a young and improving side.

Even approaching his late thirties, Ian is still a talismanic figure in the 1st XV whose standards of performance and fitness have not dropped, as he continues to be a shining example to his fellow team-mates.

Off the pitch, Ian has always been one of the more understated characters in changing rooms full of big personalities, but he remained of the the most respected members of the club, testament to what a decent bloke has been throughout his career. Olli's appointment as captain in 2003/04 at the age of just 21 years old proved the catalyst for the youthful regeneration of Wallingford Rugby Club at the turn of the millennium. Part of a bumper crop of talented local players from Wallingford School that also included Pete Holton, Ed Jenkins, Pete Thorns, Glenn Dearlove and Kris Blaszko, Olli primarily led from the front at fly-half and proved the perfect pivot for a talented Wallingford backline.

Forming a close relationship with coach Chris Norrington, Olli showed maturity (!)  beyond his years in leading the team and galvanised a young team who finally achieved their potential in Olli's final season as captain as they won 20 out of 20 league games to secure promotion back into Southern Counties North.

As a player, Olli was a natural distributor and reliable goal-kicker, and always put his body on the line in defence, a side of his game that was probably under-appreciated.

The second half of Olli's career was heavily affected by injuries and cross-fit, but he still threw himself into the mix when time and body allowed, with his level of play not diminished one jot.

Off the pitch, Olli's sharp wit has always entertained....until the third pint...... If Bungle is a back in a prop's body, then Ralph is a rugby player in a cross-country runners body. But that has not stopped him enjoying a long and successful career at Wallingford Rugby Club.

A longstanding fixture in the first XV, Ralph has proved invaluable both on and off the pitch over the years. Comfortable in any double-digit jersey, Ralph's running lines frequently bamboozle his (almost always) larger opposite numbers. An all-round sportsperson, his kicking, decision-making, and creativity have seen him form multiple successful back-line partnerships. Soon to pass 500 WRFC points, Ralph continues to be an integral part of the first XV.

Ralph's contribution off the pitch matches that on it. As well as being the local statistician, and the reason we're able to create and celebrate the 200 club, his tireless rallying of players is often the only reason Wallingford can field one, two or three teams each week. The organisation he puts into the playing, training, and social side of WRFC often goes understated; a word rarely used to describe his dress-sense.

Along with the questionable attire, off the pitch Ralph can be found with an ale, probably trying to get people to play an obscure game, whilst 'impressing' everyone with his statistics about the club. Long may it continue!