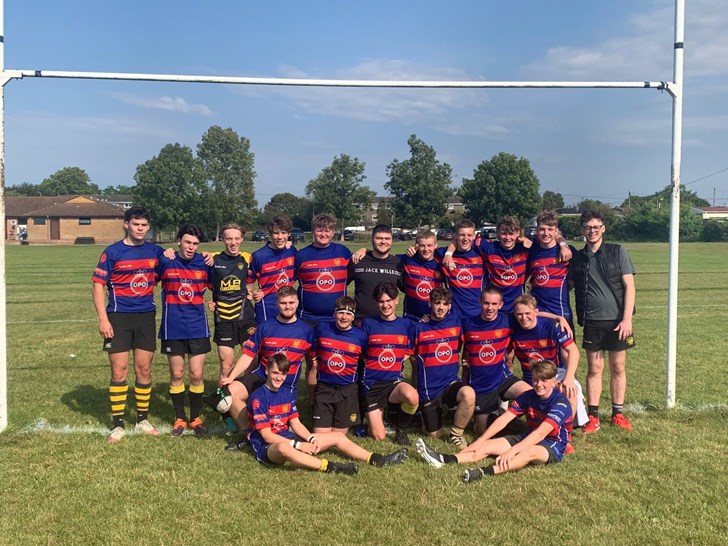 The Senior Development Squad travelled to Grove for their first league game of the 2021/22 league season, in a repeat of their pre-season friendly from earlier in the month.

Wallingford started positively and clearly had the advantage in the set-piece, as they put the home side under pressure, especially at scrum time.

And it was from a scrum that the visitors first scored. From a scrum on left on the Grove twenty two, number 8 Billy McMullet picked and went blind, and despite initially stumbling, he showed great speed and power to go over from 15 yards. Jack Earl converted well from the touchline.

Wallingford’s early pressure soon saw them double the try count, as Isaac Hall showed good awareness to go through the middle of a ruck and demonstrated a deceptive turn of pace to trundle in from 30m.

Grove still posed a threat, especially through their backs, and they soon struck back, when their outside centre shrugged off a tackle in midfield before showing good pace to score an excellent try in the corner.

Unperturbed, Wallingford came back, and soon began dominating affairs. With the dominant pack and Jack Earl at 9 providing the backs with a strong platform, Wallingford began to really stretch the hosts. Their third try soon came, as JJ Brown muscled his way through the Grove midfield before strolling over from 10m.

There were three more tries for the visitors in the half, all from the top drawer. First one saw some incredible touchline offloads on the left to put Jack Earl in for a deserved try, before Nathan Gibbin found space on halfway to sprint in untouched. And finally, Gibbin turned provided after a well executed backs move put him away on the right, before he offloaded well to Felix Cotton who scored an excellent team try. 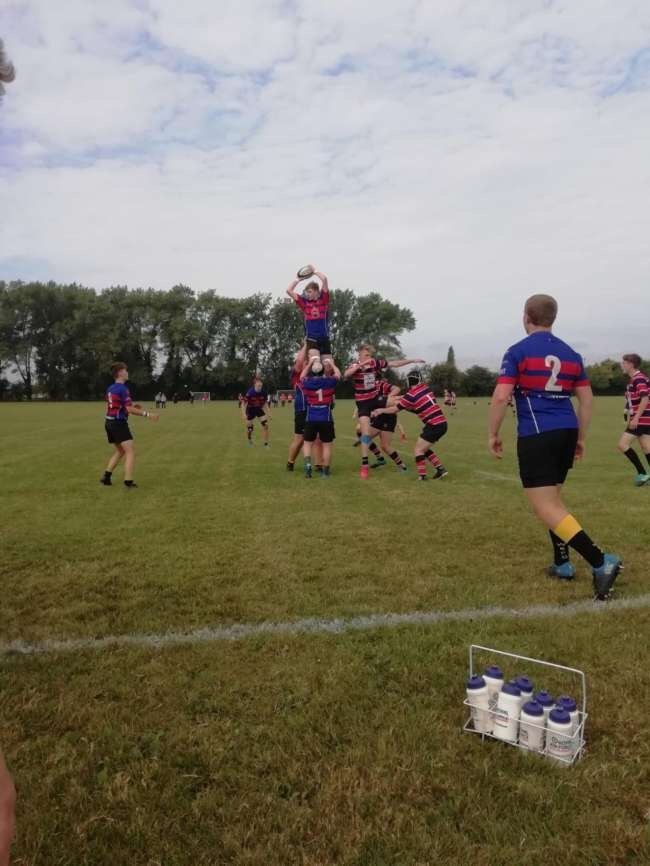 The opening 15 minutes of the second half was a stop-start affair, as injuries to players, including a nasty shoulder injury to Gibbin, punctuated an uneventful period.

But just as it looked like the second half might be a stalemate, Toby Bucknell, on in the centres, showed his cavalier spirit by gambling on an offload in the Grove centres and intercepted in the Grove twenty-two to run in for the seventh try for the visitors.

Grove hadn’t given up though, and scored a second try after a good break down the left.

But Wallingford weren’t done there, and after they took play into the Grove half, scrum half Tom Perrott did what Tom Perrott does best as he expertly sniped down the blindside of a ruck before accelerating away to score his first try for the SDS.

Before the close, there was time for a well-taken try in the corner for Max Lecky-Thompson, and a second and deserved score for Billy McDermott to round off the scoring.

This was a really strong team performance from the guys. Unlike the fixture early in the month, they didn’t switch off and lose their structure in the second half, as they patiently laid the platform before playing some sensational attacking rugby at times.

Grove weren’t a bad side, and had some good individuals who tested the Wallingford defence at times, but Wallingford put in a very professional performance across the park, and were deserving of the win.

There were plenty of strong performances, with McDermott, Hall, Earl, Marsden and Gibbin all excelling, but my man of the match went to JJ Brown, who probably had his best performance in a Wallingford shirt, combining his power in contact with some excellent link play in midfield.